See UMA's past achievements and accomplishments 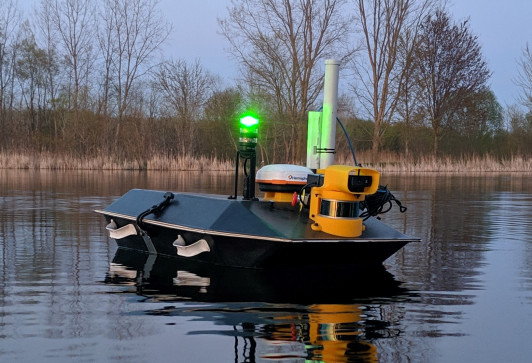 We came out of 2018 with the right balance of optimism and frustration with the result of competition. We wanted to make a change and Daedalus is the culmination of every sub team going above and beyond anything we have ever attempted on this team. Daedalus is the first Carbon Fiber boat in the team’s history, it’s the first time we have used a custom implementation of Robot Operation System (ROS), and the first time overhauling almost every piece of hardware we have both on, and inside the boat. Joined by the team’s first entirely custom drone, Icarus, our entry into RoboBoat 2019 is perhaps our most daring attempt yet. Detroit as whole, and our biggest supporters in Michigan are making a comeback, we’ve stepped up to do our part too.

2018 gave our team a glimpse of our potential for the future. As a predominantly Sophomore and Junior team we recognized the need to target specific areas in order to return the team to success. We focused on team organization, system engineering and collaboration across groups. By making targeted improvements as a team, we were able to make significant progress at competition. After previously not making it into finals the year prior, we were headed into finals in 4th and finished 3rd among American Universities. We see this year as an incredible opportunity to build on the experience of a majority upperclassmen team and strive to win the 2019 RoboBoat competition. 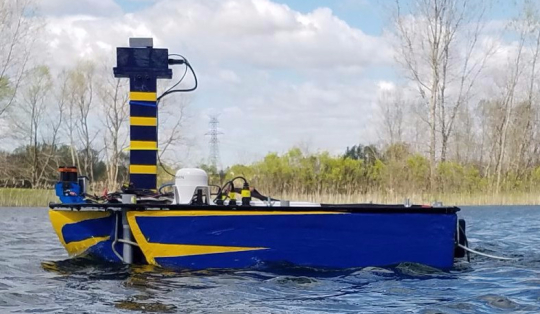 The 2017 competition was a year of firsts for UM::Autonomy: first trimaran, first entirely SLAM dependent system and first total overhaul of our code base. Our team, almost entirely composed of underclassmen, was awarded 2nd place in the static competition. We achieved this result despite constant hardware breakdowns, which prevented the AI team from doing adequate testing before the preliminary competition. As a result, we could not effectively tune our boat’s thrusters for the strong competition winds and were forced to manually tune during competition runs. Moving forward we look to simplify the electrical box in order to make processing signal data more efficient, and avoid time-intensive repairs. 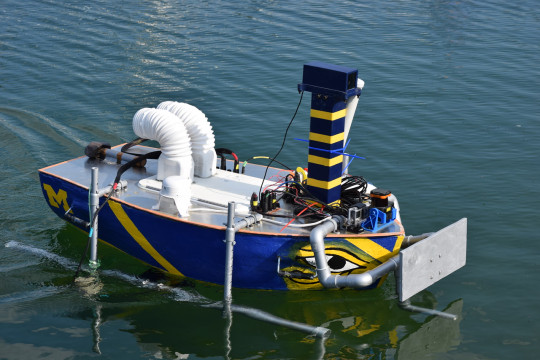 Thurman took home 6th place in the 9th annual AUVSI RobobBoat competition. In a departure from previous designs, Thurman has a monohull instead of a catamaran design. This change provided a large internal volume, which was able to house all of the electronics. The thrusters were mounted to outriggers which were added for increased stability with the change in hull design. One addition to the docking challenge this year was attaching a velcro strip to the dock, the ramming mechanism on the front of the hull was designed to deposit this velcro strip. This year the hull was done especially early which allowed for greater testing time before mock competition. 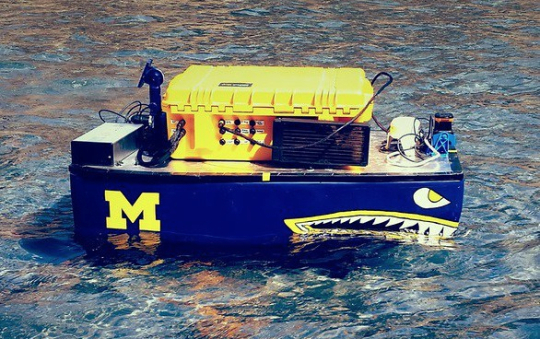 After a strong qualifying run, SharkByte qualified for the finals of the 8th annual RoboBoat competition in first place. SharkByte took home 3rd place in the finals. A major design change between SharkByte and previous boats was waterproofing. By using fully waterproof electrical connectors and a water cooling system, SharkByte was more than just splash-proof. The electrical system was new this year to accommodate this. After moving Hugh Jackman’s deck higher off the water with its taller hulls, it was decided that the waterproofing of the electrical systems would allow the deck to sit much lower to the water. This lowered center of gravity provided increased stability. The main goals of UM::Autonomy this year were the waterproofing and improved hull design. 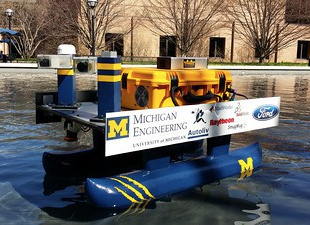 Hugh Jackman, named after the equally impressive actor, acquired 8th place in the 2014 RoboBoat competition. Even though Hugh Jackman’s performance did not reach our high standards, this boat had several improvements. Hugh has completely new, taller hulls which allows our electronics to be more protected from water splash. Additionally, with a brand new electric box, Hugh is more organized and more efficient than ever. With all of these revisions, Hugh has successfully paved the way for future iterations to perform exceedingly well. UM::Autonomy’s 2014 goal was to practice multiple, full-scale tests including our own mock competition and general testing in the Lurie Fountain. 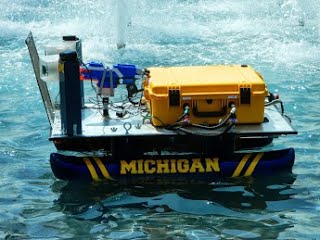 Eve took 4th place in the 6th annual RoboBoat competition. The main differences between Eve and her predecessors include a major camera upgrade, as well as a new hull shape and propulsion configuration that allowed for much greater maneuverability, though she used the same electrical system as her predecessor Serenity. Eve was also accompanied by a small land vehicle named WALL-E who was designed to handle the amphibious landing challenge. Eve also featured a NERF gun that was to be used for a shooting challenge. The main focus of UM::Autonomy during this year was quality manufacturing and thorough testing. 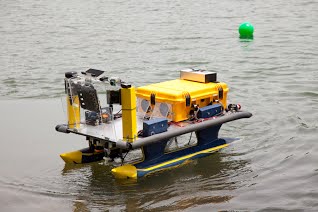 Serenity claimed 1st place at the 5th annual RoboBoat competition. Consistently completing the entire buoy course due to some major software upgrades and attempting the “Hot Sign” and “Poker Chip” challenges. At 106 Lbs Serenity weighed in as UM::Autonomy’s heaviest boat to date. Serenity’s most notable differences from her predecessor Wolvemarine include an entirely new electrical system and vision system. Serenity did however use the same hulls as her predecessor Wolvemarine. Serenity was equipped with an Infrared Camera as well as a Water Cannon. The main focus of the team this year was the completion of the buoy course. 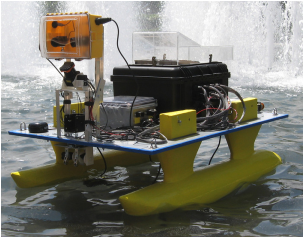 Wolvemarine was built to compete in the 4th annual RoboBoat competition. Distinctive for its innovative panning Panning Lidar, Wolvemarine was the first boat in competition history to create 3D Point Clouds of its environment. Wolvemarine also featured a new Hull shape that allowed for greater speed through the water. Although UM::Autonomy took 1st place in the static judging portion of the competition we experienced several technical issues, causing us to do very poorly during the rest of the competition. Although the team did receive the “Edge of the Envelope” award for the major technological advances that were developed. 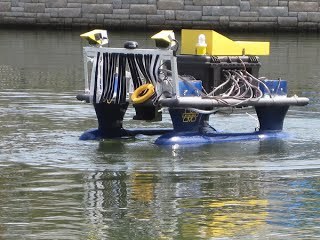